It was 27th of May 2015.  Prashanth has moved to the next realm almost 4 years ago. In memory of his birthdays we went to the welfare home Vision Home as usual. We had a cake in his name. 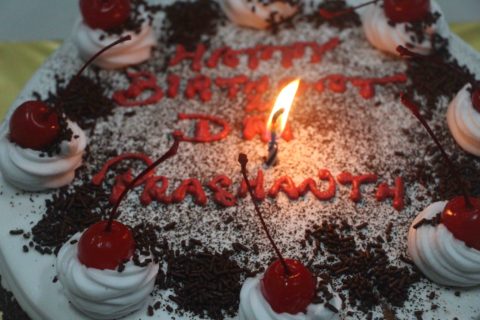 Although his absence remains as a pain for us, we feel relief in a way to have his birthday celebrated in this home. We continue visiting this place at least four times in a year. The number of children has increased to 33 although a few have left. The children’s ages range from 2 years to 19 years. In one case, the father committed suicide and his wife ended up leaving their six children in this home as she too had her own problems. Although it is painful to see these young children  being left  in this home, we noticed that Erika the one who is in-charge of this home along with the couple Mr and Mrs Sam are really doing a great service.  They pay a lot of attention to these children so much so the children always look cheerful. Sometimes I wonder whether their own parents would be able to take  care of them as these people do. At the same time, we also noticed that the other adult children also pay a lot of attention to the younger children. 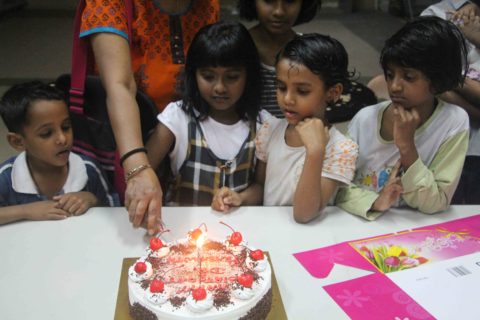 We spent some time with the children as usual. Maria, the first girl we met at this home and who  is a daughter of Erika is almost six years old. 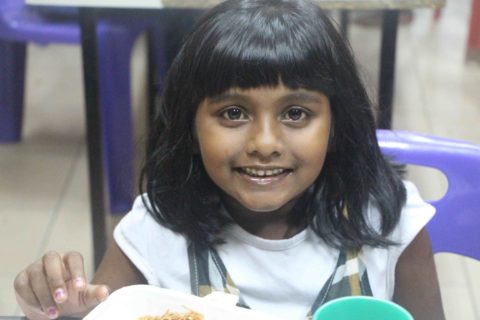 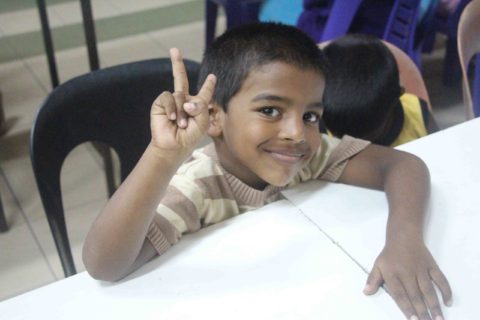 We are now also getting closer to another young boy who is around 3 years old. He is one of the   six siblings at this home. His name is also Bala. Initially he could not accept my name to be Bala as well and kept insisting that the name only belongs to him. Maybe he believed that one name is only for one person. Anyway, with our frequent visits he gradually compromised with me. He is a loving person. He is the boy who called my wife mother, when he was young. That made my wife cry then thinking of Prashanth. She felt that Prashanth was sending messages through him. Whatever it may be it does give us relief and in a way some peace whenever we are at this home.

We met one girl by the name Natalie, a Chinese girl who is now residing in Hong Kong. She is doing some social service and she will be at this home for about six weeks. She spends some time teaching the children Chinese. Sometimes some of us might assume how much Chinese she could teach during these six weeks. The truth is the children can always pick up fast. The boy Bala can now say one to ten in Chinese  with speed without any pause. I believe all these small gestures by individuals can trigger many young people to pursue something useful in the future as we know everyone in this earth has his or her own talents. We can assist them to tap their talents. 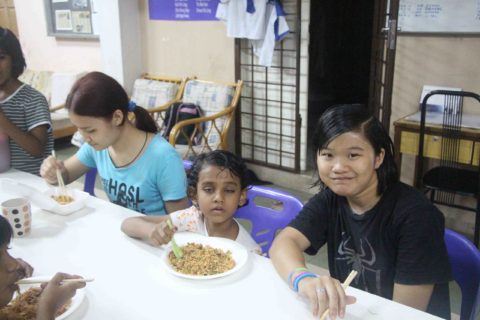 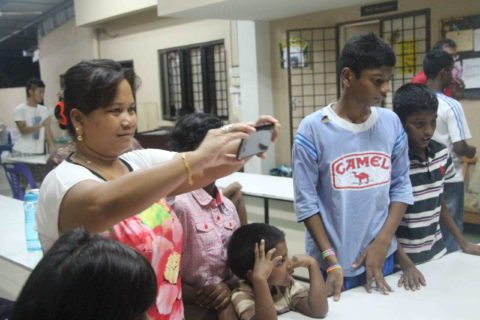 On this day, we ordered some food from a nearby food court for dinner. The food was served  after the birthday wishes was sung for my son. Mrs Sam said some prayers for  Prashanth for us. We believe our son Prashanth is watching us from the other side knowing well that we continue missing him and at the same time we are moving on with our life.