Prashanth’s Goal to be Paediatrician

He wanted to be a paediatrician right from the school days. After his medical studies he started his housemanship. Immediately after completing it, he got posted to a hospital where he can pursue the programme.

Prashanth adored children.  Around the 25th  of July 2011 he purchased  a stethoscope for the children on-line, from a company in US and had it delivered through a local medical supplier. It cost him  RM350.00 plus (approximately USD120.00).  This stethoscope chest piece had the rainbow colours on it which will help the children to cheer up, thus trying to distract any fear when it is shown to them before placing it on their chest. When it arrived he  requested his mother to get an identity tag to be embedded to it  and was supposed to collect the following week, somewhere in the 1st week of August 2011. He did not return.

The picture of the stethoscope shown here is the actual one he purchased. It is now placed at his photo at our home.

Although it is heart-breaking to see this stethoscope not being used by him we console ourselves that it is a message for us – he has completed his assignment in this earthly world and that he does not need any more in the spiritual home and so he is leaving it for us as his remembrance.

In early 2011, after my second son Vinod started working I told them both over a dinner that we as parents were able to provide them the education as they desired. I then told them that I really wish to sponsor one deprived child but then my age will not permit to go on working for another 20 years. I requested them both that once they are ready with their savings, they each should sponsor at least one deserving poor child, to give them a good education to fulfil his/her desire. The immediate response from Prashanth, was, “Daddy, I will adopt a child”. I felt so impressed and happy to hear that from my son and only then I realised that he has already had plan to adopt a child.

In fact before going to his medical studies he was voluntarily giving free tuition in Mathematics at an orphanage near our home.

When he was 11 years old, in the year 1992, we casually went to a shopping complex on a weekend. At that point of time an announcement was made that a jigsaw competition was being held and those below 12 years could participate. He participated and won a second prize with goods worth RM500.00 (USD160.00 based on current value). The good thing about him is that when he won he remained totally calm and he never talked about it or go around telling anyone. He generally has that quality in him of keeping quiet about his achievement. 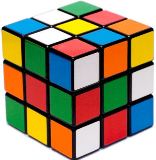 When he was around 15 years old, in 1998 he bought the Rubik’s cube, the 3D mechanical puzzle, which was initially very popular in the 1980s.

He was working on it and within days he was able to solve the puzzle. And then has asked me to have it turned to have the colours mixed. Initially, each time I did he could solve the puzzle within two minutes, and most of the time hardly a minute. Eventually, I have seen him solving within a minute. He not only had the patience to learn but was also quick enough to solve the puzzle.

He also likes to play chess and generally he is good in this game.

When he was  six years old  my wife took him to Pizza hut where there was an art competition. He took part and won the first prize.

His favourites subjects were Mathematics and Biology.  He was once chosen to represent the school for Olympiad Mathematics.

When Prashanth was six years old he requested to be enrolled for Taekwando. Since then until he was 19 years old, he regularly went for the classes under the same master. He obtained the 2nd dan in the year 2011. He then continued with gym to build up his muscles. From a skinny  looking person he became much tougher than we expected. We doubt many of his friends might even know he was active in Taekwando.

When he was in the university he tried conducting  classes  for those children staying around the apartment but then the response was poor and he dropped the idea.  He then has to miss all the exercises, especially when he was doing his housemanship. He used to go to the gym  occasionally when he returned home for breaks and then when we moved into  a new apartment home with gym facilities he goes to the gym whenever he returns home.

(He was waiting to come back to the apartment, where my wife and I stay, permanently after his marriage in November 2011. Since he wanted to be near us we purchased a unit in the same floor we are staying. The renovation of the unit was supposed to be done in the first week of September 2011 but then everything came to an abrupt end).

Although we were aware that he can draw, we never realised his hidden talent until he started drawing portraits,  a few months before going to the medical university, when he 19 years old. He only requested me to buy him the prisma colour pencils from USA, after surfing through the internet. Although he started with the colour pencils eventually, he preferred his drawings in black and white and some in combination.

Sometimes I used to talk to my wife that even if  Prashanth had not taken up medicine he could have gone into portrait drawing. I am sure he would be doing well in it.

When we moved on to the new apartment in the year 2008, I told him that I need him to give me his drawings which I would like to  put up in every room and in the hall. I told him that as for my master bedroom I will select a picture for him to draw, at a later stage. We then framed up the drawings and put  it  in every room  but there was a space waiting for a drawing in my master bedroom,  when he suddenly parted us.

I was then showing all visitors on the various artwork he has created and that I how missed  a piece for my master bedroom. I  kept telling everyone I met up with. There were four other drawings which were not put up, one of his own picture (when he was a baby), Abraham Lincoln, Mother Theresa and a parrot. The parrot  where it was put up originally was then replaced by a drawing of  Mother Teresa somewhere in November 2011, when my wife passed to me saying it is one of his good drawings. I took this picture of the parrot just place it on his table.

In December 2011, my uncle, a doctor called me and related to me a  unique vivid dream about a parrot. The dream was convincing me enough to tell me that the drawing of the parrot was for me to have it in the master bedroom and probably that is why it was removed. What I came to understand is that our loved ones on the other side might send messages and when we cannot grasp it they even try to send it through someone close to us. Well, the subject on parrot did not end there. Since then there were other indications and messages to show that there is something more to this parrot.

I then put up this drawing in our master bedroom on the 1st of January 2012.  I will write on the details of the dream and the various relating incidents to the parrot in the blog later. As to me the dream of having his drawing is now fulfilled.

Even to this day many  were not aware that he could draw well. Occasionally there are people  commenting on his artwork in Nobullart Gallery,  not knowing Prashanth is now in his eternal home.  If he had not taken up medicine, I am sure he would have drawn many more pictures and maybe he would have been with us now. We are in pieces but his art pieces give us some peace.